I’ve done a handful of burgers now with the standard jalapeño pepper, so it’s time to switch it up! This chipotle burger recipe features the spicy, smokey chipotle pepper. Yes that’s a pepper, not a giant burrito. 😉

But first, one little secret… did you know the chipotle pepper is actually a jalapeño? 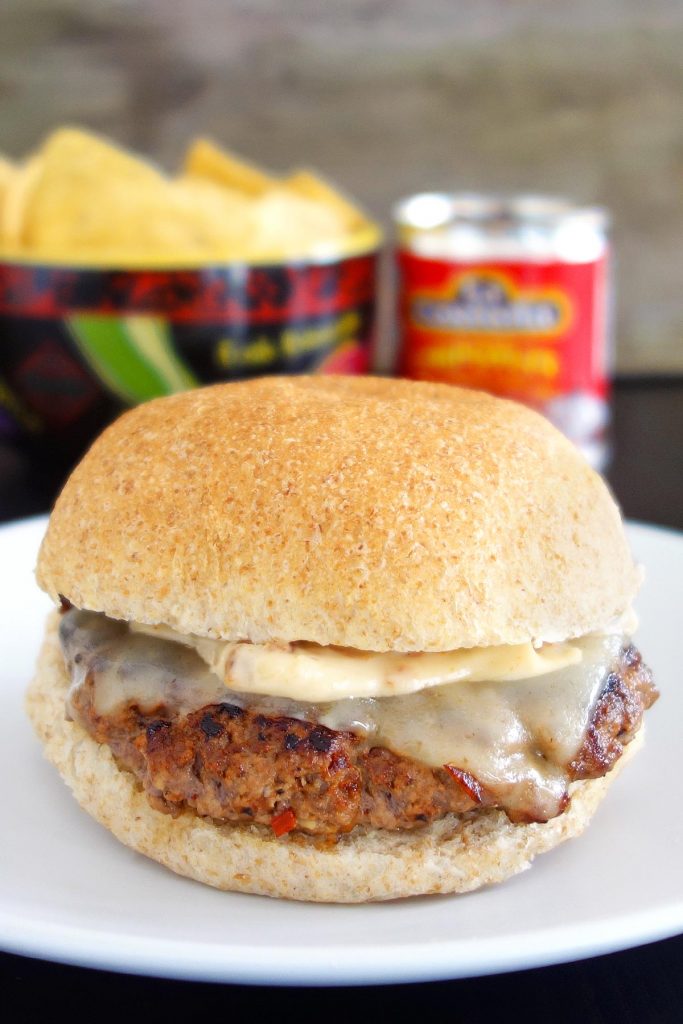 The Making of a Chipotle

When you get a jalapeño pepper you’re usually buying the unripe green peppers. A jalapeño actually turns red when it’s ripe at the end of the season (you can buy them this way too).

To make a chipotle pepper, farmers let jalapeños ripen until they turn red and begin to dry out. Then they pick them and put them in a smoker for several days until they dry out and shrivel up. 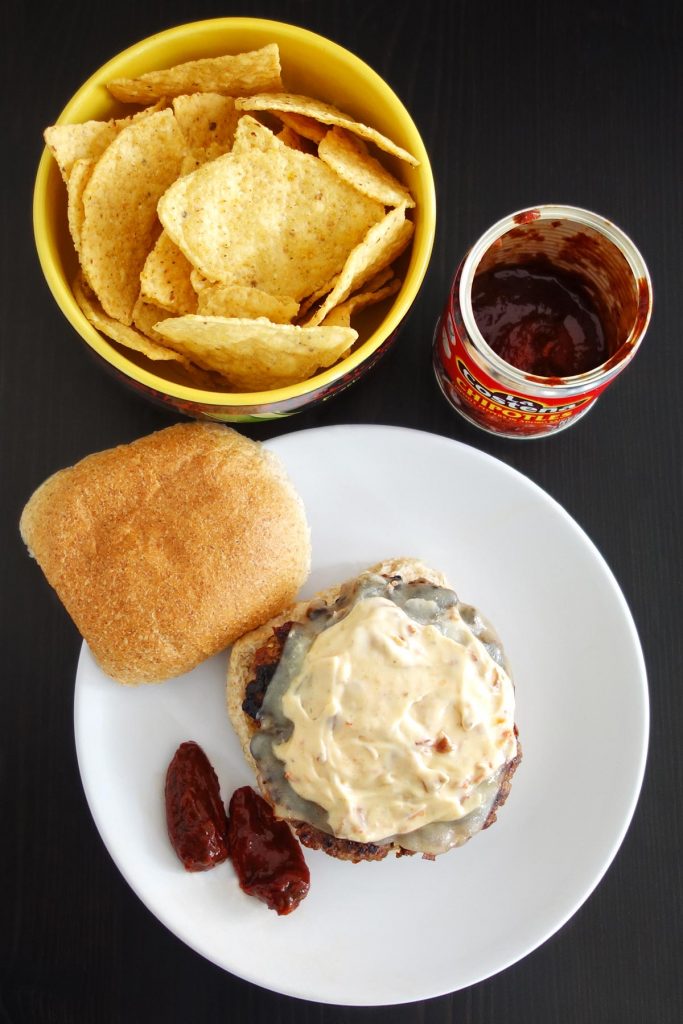 So how are we going to turn this delicious, smokey pepper into a burger?

First, we’re going to get a can of chipotles in adobo sauce. Adobo sauce is made with tomatoes, garlic, vinegar, salt, and spices such as cumin and oregano. It pairs great with the peppers and will add flavor to our burgers.

The peppers have seeds in them that can be removed by slicing length-wise and pulling them out.

Next, we’ll dice up the peppers and put them in the burger meat & make an aioli to top it all off. 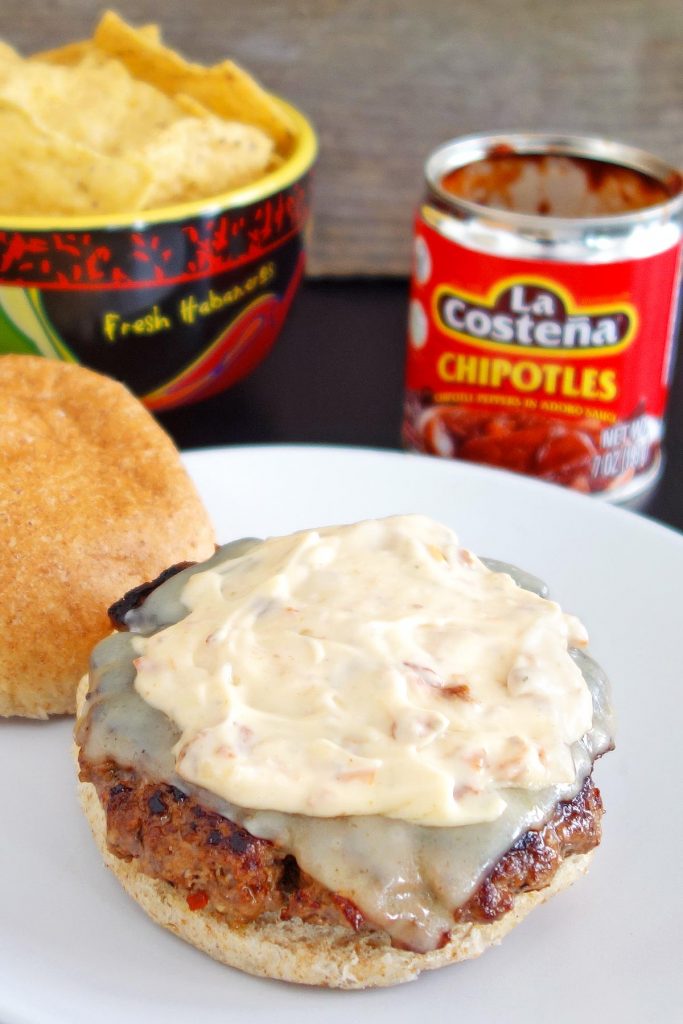 We’ll use the peppers in an aioli for the top of the burger as well as mixing them in with the meat. This burger wasn’t outrageously spicy, but it had some heat to it. If you want to cut back on the spice: mix only adobo sauce in the meat (instead of the peppers) or use less of the diced pepper. 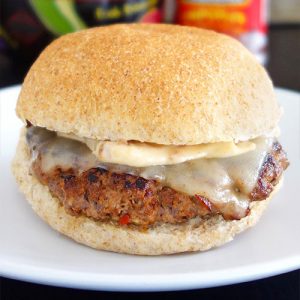 View All Our Burgers