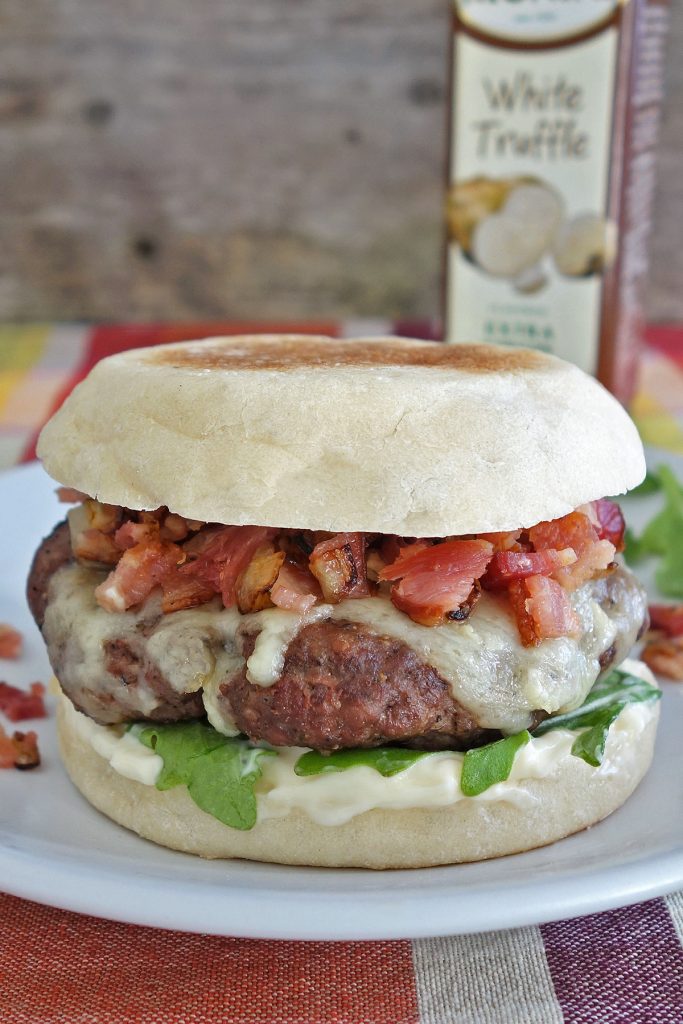 Today we’re going to make a fancy, gourmet burger that’s very easy to make. The truffle burger features the delicious flavor of truffle oil, which we’re using to make truffle aioli. Then we’re going to top this guy off with some diced bacon and onion. YUM!

Have you ever had truffle oil before? If not you’ve gotta try it… it’s awesome. I’ve even heard it said that it’s a good go-to cheat for chefs to make anything taste good. I’ve seen a few places that serve truffle fries, definitely worth trying those out with your leftover oil too!

We’re going to use our truffle oil to make truffle aioli for the burgers. It’s pretty simple to make just mixing it in with some mayo and then spreading it on the bottom bun. I’ve also taken a little extra truffle oil and mixed it in with the meat to up the flavor on this truffle burger.

Now we’ve got a pretty fancy burger… you could go with some swiss or a light cheese to top this one off… or you could double down and go with some brie. So why the heck not? We’ll put on some brie!

Now how’re we going to top off this fancy burger? Bacon, duh 🙂 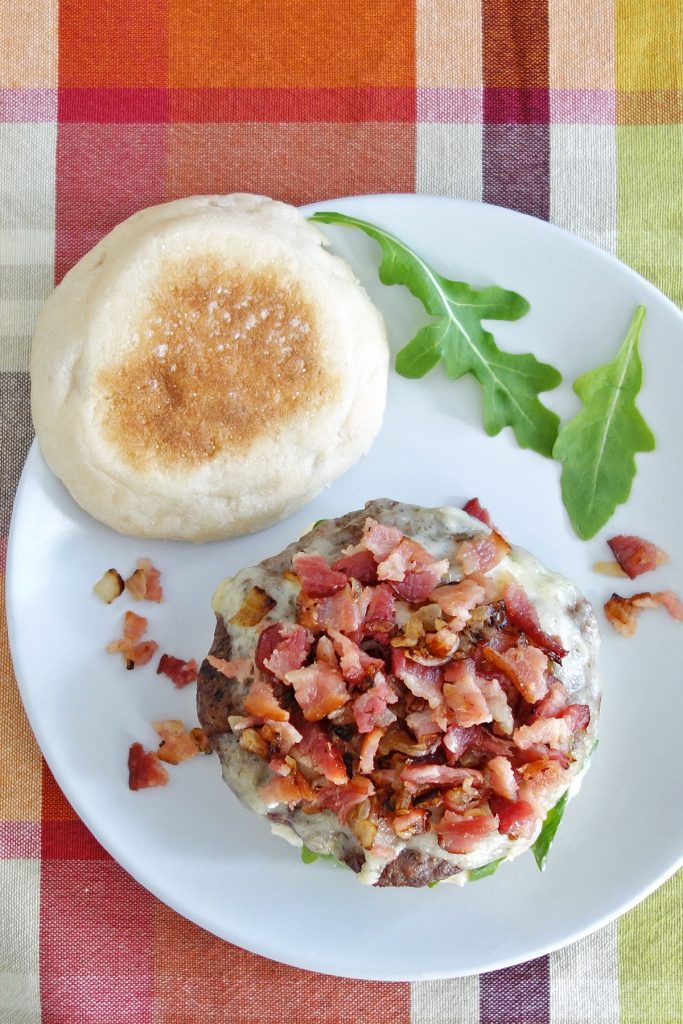 Finally, I’ve opted to go with an English muffin for a bun on this guy. It mixes things up a bit and tastes great. If you’d like you can toast it or put a little butter on and throw it face down on the grill as well. 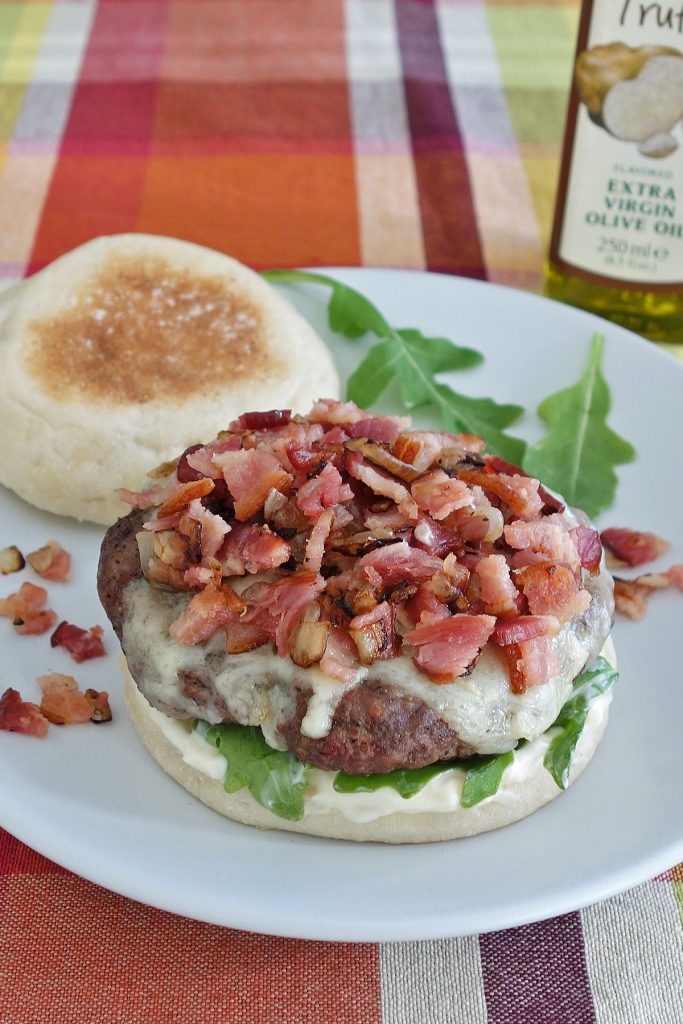 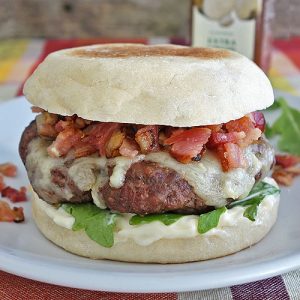 The truffle burger features the delicious flavor of truffle aioli and then is topped off with some diced bacon and onion.
Print Recipe Pin Recipe
Servings 4

View All Our Burgers